Eric Clapton's beloved "Blackie," a custom Fender Stratocaster from the 1950s, is made up of parts from three Strats the guitarist purchased in a Nashville shop in the 1970s. After Clapton retired the instrument in the mid-1980s, it was auctioned off in 2004 for a then-record $959,500 to benefit Crossroads, the guitarist's rehab center. 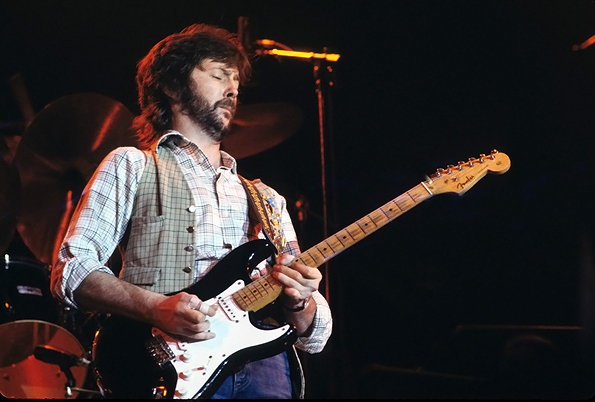 The majority of Neil Young's electric guitar tracks were played on "Old Black," his 1950s-vintage Gibson Les Paul Goldtop, which he traded for in 1969. Over the years, the guitar has undergone several changes and has seen a lot of wear and tear. 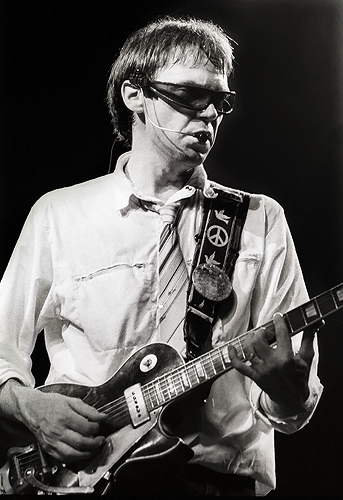 The natural wood guitar slung over Bruce Springsteen's shoulder on the famous 1975 album cover Born to Run is actually a Fifties-era Fender Esquire with significant modifications. 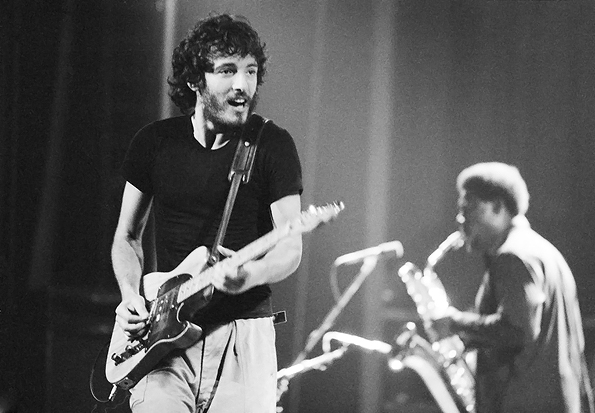 Willie Nelson has been playing a Martin N-20 nylon-string acoustic guitar called "Trigger" after Roy Rogers' horse, for more than 40 years. The iconic relic, a classical guitar without a pickguard, has formed a distinctive gaping hole in the body. Nelson once said, "When Trigger goes, I'm going to leave." 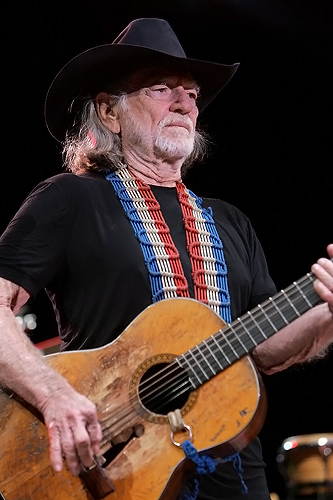 Prince's voluptuously curvy custom-built "Cloud" guitar, made popular in the film Purple Rain, was modeled by a local Minneapolis luthier and replicated by Schecter guitars. 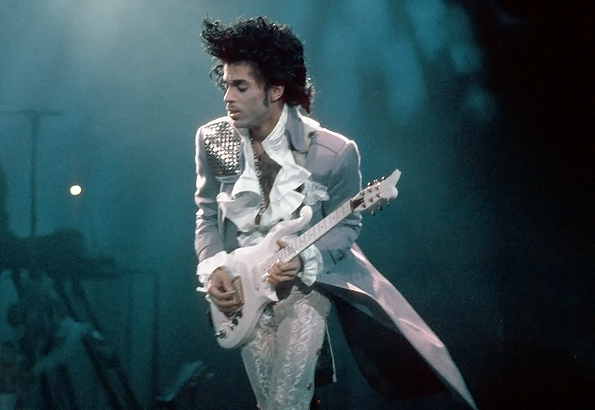 The Led Zeppelin guitarist's double-neck Gibson – 12 strings on top, six on the bottom – has spawned plenty of imitators, making the multi-part "Stairway to Heaven" a certifiable epic. 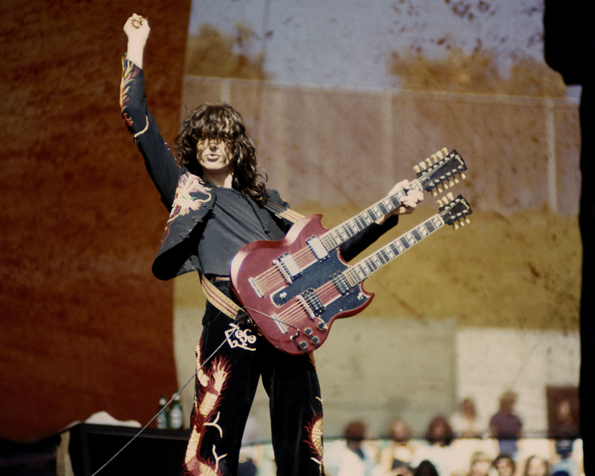 The Beatles' resident guitar guru was also known for playing a Gretsch, but his chiming 1963 Rickenbacker 12-string was undoubtedly his most iconic guitar. On their first U.S. tour, the company owner gave the guitar to the band, and Harrison fell in love with it right away. 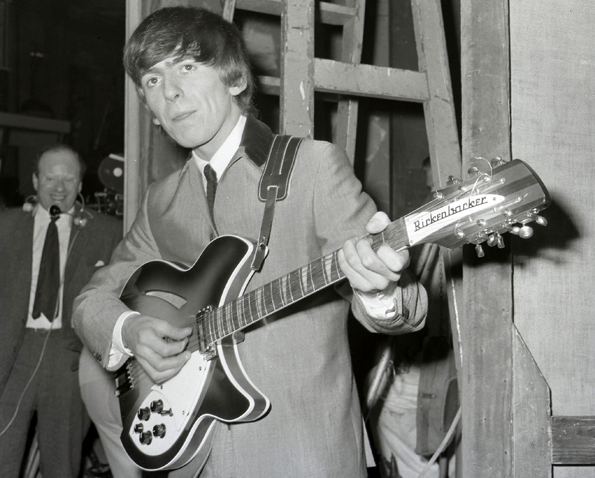 During his group's apprentice days in Hamburg, Germany, the Beatles' bassist first encountered the violin-shaped bass guitar that would characterize his stage picture. McCartney preferred the bass because of its symmetry, which made playing left-handed seem "less daft." 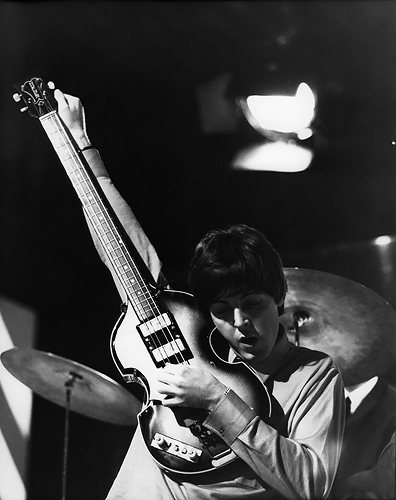 B.B. King heard that the fire was sparked by two men fighting over a woman named Lucille after retrieving his $30 Gibson from a burning Arkansas dance hall in 1949. Since then, he's called all of his guitars by that name, including various Gibsons and Telecasters.The B.B. King signature "Lucille" model, a variant on the company's hybrid hollow- and solid-body ES-355, was introduced in 1980. 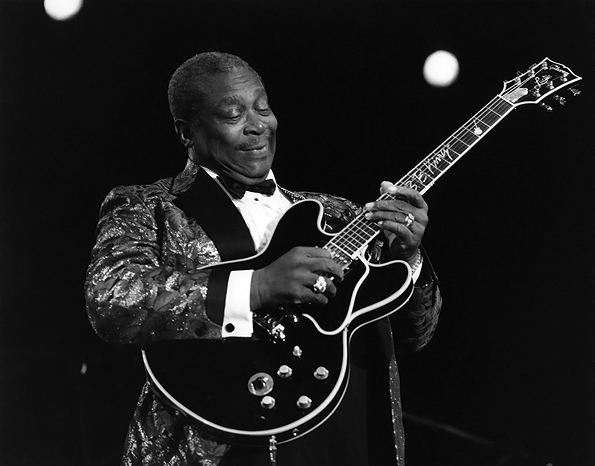 Les Paul partnered up with Gibson, a company that has been making electric guitars since 1936, to produce the iconic Les Paul guitar, which has been a rock & roll staple for decades. The fat-toned, solid-body guitar was inspired by Paul's "chart," a guitar with strings and electronics running through a central piece of wood. 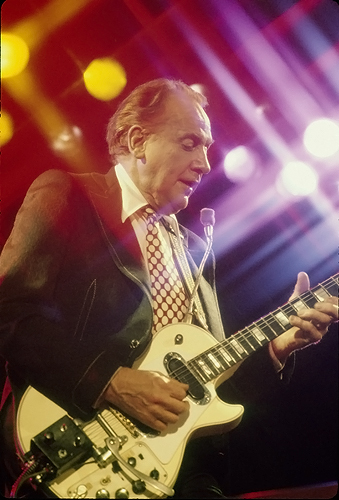 Number One was the name given to the late guitarist's favorite instrument. The guitar, also known as Vaughan's "First Wife," was famously battered from years of onstage violence. It was a 1963 Fender Strat fitted with a 1962 collar. 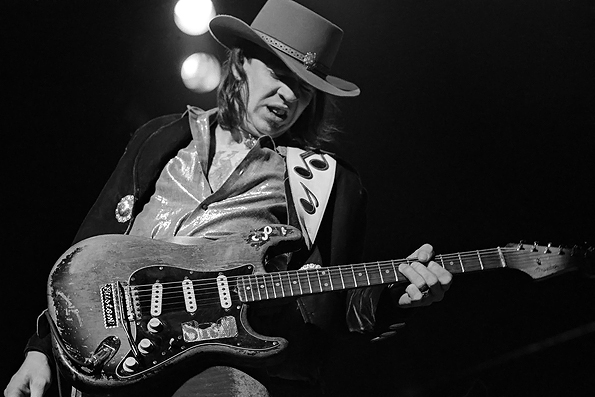 The guitarist for Van Halen built his signature guitar by incorporating a Gibson sound with a Fender look. The guitar's Pollock-like paintwork – red with crisscrossing black and white lines – is well-kno 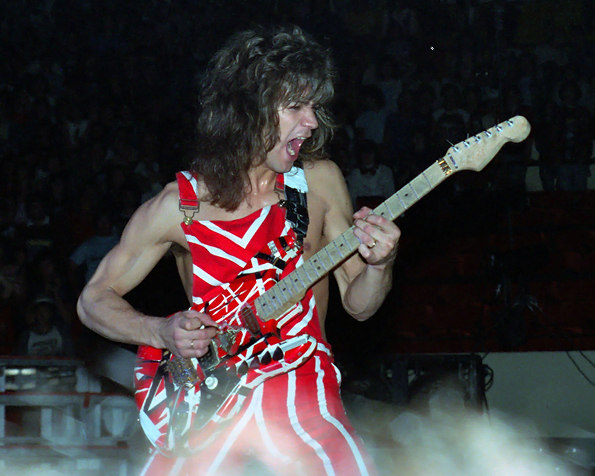